This article will discuss a travel allowance, a travel re-imbursement allowance as well as the use of a company car or a leased company car and the tax implications of these. 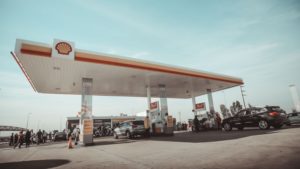 A travel allowance is when an employer pays an allowance to an employee for business kilometers travelled on behalf of his employer. In practice, employers often give a fixed amount monthly to the employee and may or may not issue the individual with a fleet or petrol card. In the case of a fixed allowance only, the amount paid during the tax period would appear under code 3701 on the IRP5. Where a petrol card is issued to the employee, the amount of petrol would also be added to the amount. To make sure this part is clear, let’s use an example:

An employee is given a fixed amount of R5 000 per month for using his personal vehicle to travel for business in execution of his duties. An amount of R5 000 * 12 months = R60 000 should appear under code 3701 on the IRP5 issued around May / June each year. Where the employee maintained a proper logbook during the year, a claim of up to R60 000 may be deducted against his income. Where the claim exceeds R60 000, SARS would limit the deduction to the amount under code 3701, 3702 and 3722 (These are all local travel codes which we will look at later)

In the event that any of the below information is missing, the logbook may be dismissed by SARS resulting in an additional assessment. SARS may contact the individual to have the logbook corrected during the audit process. However, this should be done correctly from the start.

Some companies require that a form be completed or that a business trip be recorded electronically and that the employee would then be reimbursed a certain rate per business km travelled. An employer would not be interested in the opening km, closing km, etc. They are only interested in the amount of km travelled and the area traveled to. As such, a reimbursement record would not fulfill the requirements as above as expected by SARS. Thus, submitting this record to SARS would have the claim disallowed leading to complications. A proper logbook must still be maintained according to the requirements above.

As of 1 March 2018, where an employer reimburses an employee for business km travelled and the amount is equal to or less than the rate as determined by the commissioner (For tax year 2019 the amount is R3.61) the amount could be placed under code 3703 which means that the income is exempt from tax. In such case, there would be no requirement to maintain a logbook, but it is recommended to do so anyway incase the employer places the amount under 3702 and refuses to correct the IRP5.  In the past there was a limitation of kilometers but this was done away with as of the start of tax year 2019 which started 1 March 2018.

If the employer pays any other compensation, then this code (3703) is not permitted and code 3702 should be used. The difference is that code 3703 is exempt from tax while 3702 is not and a claim against this must be made to not be taxed on this allowance.

It would therefore be impossible to give an employee an exempt reimbursement (3703) with a petrol card since “other compensation” is paid. The code would be changed to 3702 and the individual would be permitted to claim against the amount.

During tax year 2019 (March 2018 – February 2019) SARS brought in code 3722 which come as a result of code 3702 (a taxable travel reimbursement allowance) In our previous article we stated that an amount given by an employee under code 3702 is not taxed upon receipt but is included as income on assessment and fully included as income. A deduction could be made against this included income but where the full amount is not claimed, an amount must be paid in against this allowance. Due to this, many people that had a travel reimbursement allowance ended up filing their return and having to pay in on that return. This was especially the case where an employer pays a high rate (such as R4.50) and the individual has a low value car and travelled extensively during a tax period. To mitigate this problem, a new code was introduced, 3722. Where an individual is paid more than R3.61 (tax year 2019) per km travelled, the amount paid in excess would be placed under code 3722 and the employer would tax this amount upon receipt. (We welcome this approach)

Some people ask why an amount has to be paid in against these allowances while other people receive a tax refund while claiming against a travel allowance. The reason for this is that employers do not deduct taxes from an amount under code 3702. This could be illustrated in the following way. Imagine a bonus of R100 000 was paid to an employee and no taxes were deducted. When the return is filed the R100 000 would correctly be included as income but since no tax was paid on that amount, taxes would be paid on assessment. In a similar way, where an allowance is given without imposing taxes on the amount given, the amount remains income when a return is filed and unless the full allowance is claimed against, an amount would be due to SARS. Income cannot be received without taxes being imposed on the recipient.

A travel allowance (fixed amount per month with or without a petrol card) is different as such amount could be taxed at a rate of 20%, 80% or 100% upon receipt. The custom is to tax such amount at 80% which means that most of the allowance was taxed unlike a reimbursement allowance which was not taxed at all.

Where the full amount cannot be claimed, then the inverse is true. Assume the individual can only deduct against his income an amount of R40 000 which means that R20 000 cannot be deducted.

A reimbursement allowance in our view generally cause complications when the returns are submitted. 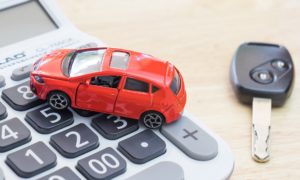 Below is an extract from the SARS tax tables for tax year 2019. Step 1 is to calculate the value of the car used at the time of purchase (not the current market value) Use the purchase agreement for this and remember to include extras, VAT and the initiation costs but exclude any finance charges. Let’s assume the value of the car is R500 000 at the time of purchase. This means that SARS will grant R153 850 as fixed cost for that car for a full period. If the car was not used for the full period, the amount must be apportioned by calculating the number of days the car was used over the number of days in a tax year (365 or 366) This is the amount SARS will grant for the car irrespective of the amount of km travelled during the year of assessment. Divide this amount by the number of km travelled with this car for the year. This will give a rate per km travelled for that car. Add to this amount the below rate per km for fuel and maintenance to arrive at the total amount allowed as a deduction per business km travelled during a tax period.

An individual received a total travel allowance of R150 000 under code 3701 and used a car with the value of R500 000 during the period of assessment. A total amount of 20 000 km was done of which 10 500 km were from business and the taxpayer maintained a proper logbook.

Assume the same information as with example 6 except that the allowance under code 3701 was R75 000:

An individual can only claim against a travel allowance once they have such allowance granted to them. If a person is self-employed (Sole proprietor) or is an independent contractor or is in receipt of mostly commission income, the tax tables may not be used. Rather, Section 11a of the income tax act needs to be applied which states and an amount “actually incurred’ must be deducted. In this regard, wear and tear may be claimed on the vehicle (7 years for a brand-new car) and amounts incurred on fuel, maintenance, insurance, interest, licensing fees, etc. may be claimed. (Wear and tear for a car where ownership changes such as an installment sale agreement or monthly rental paid in a case where ownership does not vest to the taxpayer) This is a lot more complicated and warrants assistance using a tax practitioner. 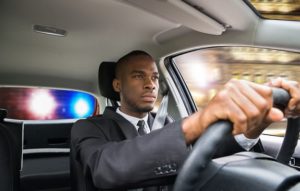 We have spent a lot of time understanding how a travel allowance works and going through various examples. How about the use of a company car?

A company car is disclosed under code 3802 on an IRP5. When an employer provides an employee with a company owned vehicle, a monthly fringe benefit of 3.5% or 3.25% of the value of the car including VAT is added to their income depending on whether a maintenance plan was included or not included. (The cost of fuel should not be included in addition to the above amount) This means that either 39% (3.25*12) or 42% (3.5* 12) of the value of the car is included as income to the employee. (This amount may be reduced by the amount an employee pays towards the vehicle)

The employee may claim against the use of a company car provided that a valid logbook, as discussed above, was maintained to record business km. The percentage the vehicle was used for business may be deducted against to total fringe benefit amount.

Resolving a problem with a travel allowance 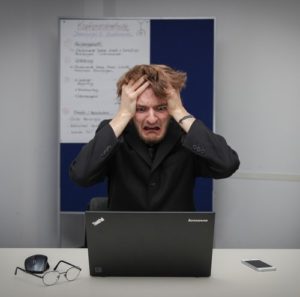 In conclusion, most travel cases represent a high claim at a high tax margin and therefore could often fall under audit. Sometimes SARS would engage with an individual and other times an additional assessment would be issued. If an additional assessment was issued and one is not entirely confident with the case, rather appoint a tax practitioner due to the complicated dispute rules as governed under the tax administration act. An objection may be submitted and when doing so, proper legal grounds need to be communicated along with a letter addressing any concerns the auditor may have had. (A call to SARS is often warranted to understand the reason for disallowing the claim) FMJ Financial tax practitioners have extensive experience dealing with cases of this nature. Contact us to see how we could help.

We work with so many people and have often found that many do not have their travel allowances properly structured and this could lead to problems such as amounts to be paid in when the income tax return is filed or amounts lost as the allowance is too low but the amount on the IRP5 is the ceiling or maximum amount that SARS will allow to be deducted.

Get your allowance right

The other side of the coin is as follows. Say you have a huge travel allowance in relation to the value of your car and your company taxes the allowance at only 20% (your company can tax it at a rate of 20% or 80%), you might have to pay in on the return as you would have to claim 80% of your travel allowance but if the allowance was excessive to begin with, there will be an amount to be paid in on the return. So, despite working hard and going through the SARS audit, there might still be an amount to be paid in.

Therefore, understand your allowance and get it right the first time. When we recommend a structure, we document our working and issue you with a letter which your HR or payroll can simply implement.