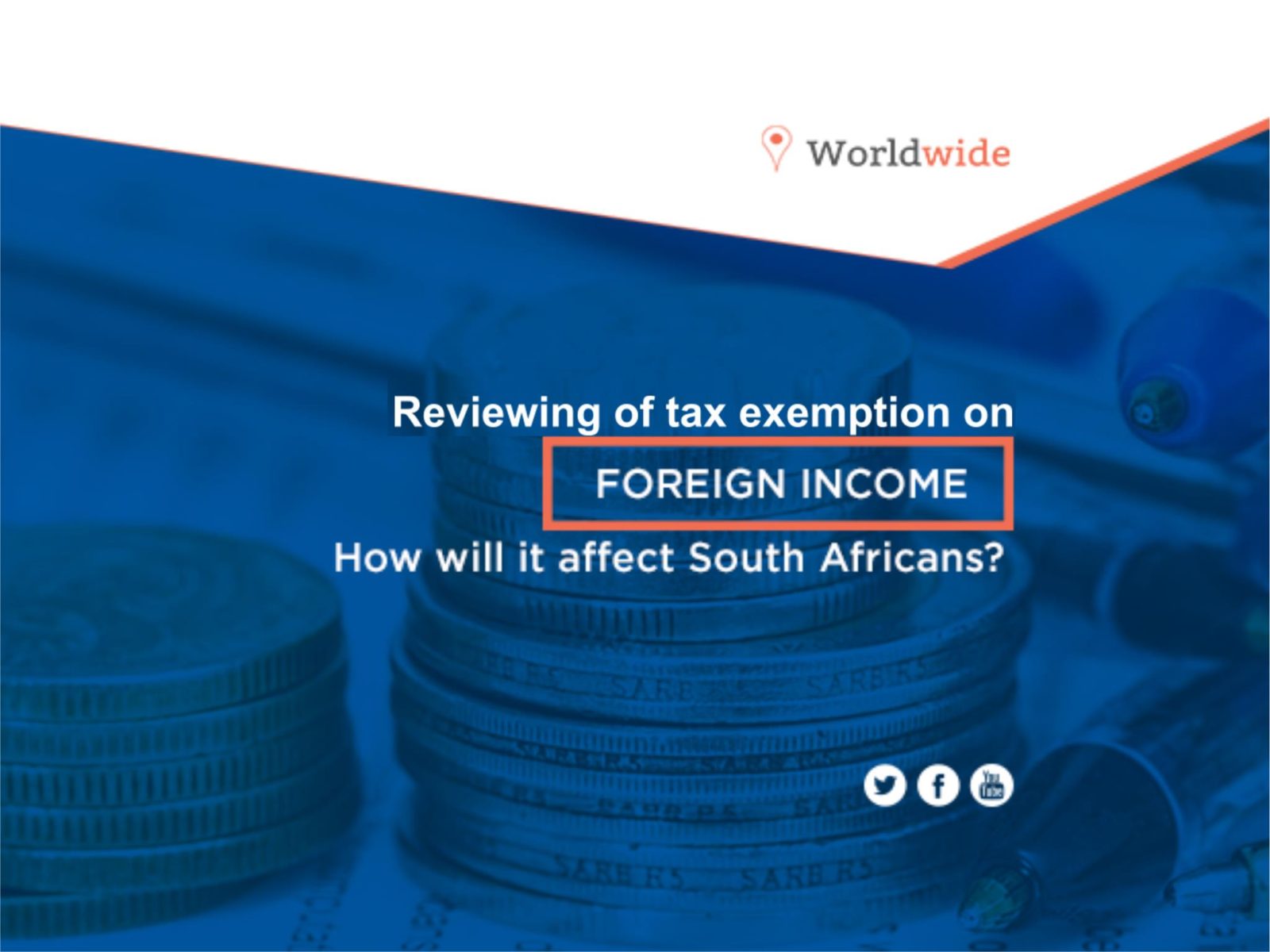 This article was written by a tax practitioner specializing with individuals’ income tax returns.

This piece of legislation is not straightforward, therefore this article gives information that can help with an objection.

Speak to our tax consultants today

This section – We refer to this as Section 10 (1) (o) (ii) or Section 10 exemption for short, is broken into 2 parts which can become very confusing and subsequently often a problem when put to SARS in the form of an objection.

Part 1 – Proving that you qualify for the exemption and the 12-month period in question. 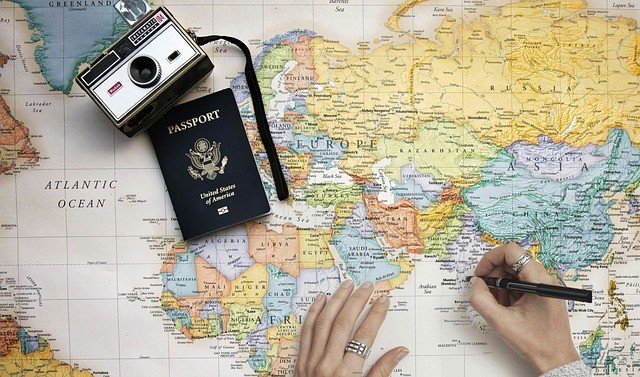 Part 2 – Demonstrating the amount of the exemption – This step could be straight-forward, or this step could be complicated and often is. It all depends on a case by case basis. If the employer has split the income earned in SA and the income earned outside SA under the correct SARS codes and the amounts could be re-calculated to match the IRP5, then the case is a lot simpler but if not, then the case just got more complicated.

Remember that the 12-month period of a tax year which is between March and February and the 12-month period of exemption for “foreign services” rendered do not necessarily correlate with the tax year. As result, it cannot be argued that the full amount on the IPR5 as the exempt amount should be isolated and objected to in order to have the amount exempted. If this cannot be done, then we cannot see how SARS would allow this exemption. Also, often employers bundle the full income for the year, whether relating to foreign income or SA income, on the IRP5 with the general codes. (Not the SARS sources codes for foreign income)

When this is done, SARS issues an invalid objection asking the employer to correct the IRP5 and which very seldom can be done by the employer as the employer would have to redo their payroll submissions to SARS for the entire company and simply refuse to do so. It is as this point where interpretation of the income tax act and skill are required as well as an understanding of the objection rules.

We have often overcome the above by submitting a new objection and referring to Section 82 of the income tax act which states that the burden of proof is with the taxpayer showing that an amount of income is exempt, or a person is not liable to tax being charged on an amount. We have interpreted the wording of this section and have written letters to SARS giving reasons the amount should be exempt and stating that we have discharged of the taxpayer’s burden of proof and as result of this, the condition of the section was met, and the exemption should follow. In some cases, we had to argue this in an appeal but have had great success using this approach.

If the coding on the IRP5 is not a problem, then often the objection is made invalid in any case based on other reasons. These could be a statement by SARS that the days requirement was not met, that the amount of the exemption is incorrect, the wrong code was used when submitting the objection or any other reason. A new objection may have to be filed again (or an appeal) interpreting this legislation and the taxpayer’s situation against this legislation motivating the reasons the objection should be allowed. Sill, according to rule 9, an objection can be disallowed, and a reason given in which case, an appeal has to be filed.

An appeal has a turnaround time of 90 working days, but we are yet to see an appeal being completed within this period of time. In our practice, we await the 90 working days and then lodge a complaint for the case to be attended to. In our experience, if this is not done, then a taxpayer may wait a very long time for a decision, even many months but we cannot say exactly how long as we do escalate such cases with SARS once they have gone a bit over-time.

(Due to a client being abroad, we awaited more than 1 year before lodging a complaint and the complaint getting attention. Thus, we are just saying that be aware that once the 90 working days have expired, be sure to lodge a complaint)

Explaining the exempt amount – Once the period has been identified, an individual could have earned “foreign income” which could be easily identified or not so easily identified. If the employer has created 2 IRP5’s, the task could be easier or if the 12-month exempt period runs according to a tax year, then also, the amount could easily be identified unless the employee was working both in SA and in the foreign country. (Excluding rest and relaxation periods)

If such calculation has to be done (and they should be done) one will have to count the number of working days in the foreign country as well as in SA during the period of exemption and this percentage would then become the exempt amount.

Again, any delay in the process could cause rule 7 of the objection rules to become a problem. An objection has to be submitted within 30 days of the assessment and within 20 days of SARS issuing an invalid objection. 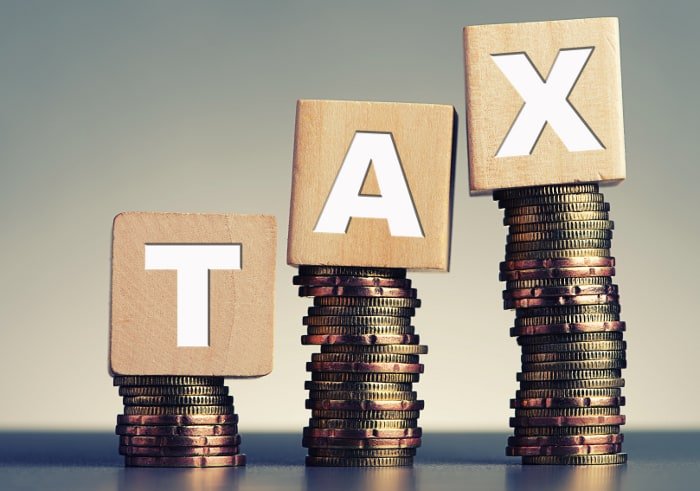 The principals of this Section 10 work the same whether the employer is a SA employer or not. The case becomes more complicated where PAYE has been withheld from the taxpayer’s income and paid over to SARS and such amount is effectively requested back by means of “foreign income” earned being exempted. The same degree of care should be given whether PAYE has been deducted or not, it is just easier to get a case through the system where there is no refund than where there is a large refund.

Our top refund amount for such a case stands at just over R800 000 for an engineer that was working outside South Africa and earned a salary in excess of R2 m.

Under the income tax act, many have been confused and inquired about financial immigration. The reason, many misinterpreted the South African tax exemption of foreign income believing that working anywhere in the world would lead to an additional South African tax bill of up to 45%.

Taxation of foreign income in South Africa will only be taxed in South Africa when individuals work in countries with low- or no-income tax being imposed for income earned in that country. Most countries impose income tax on income earned in their counties. There are a few counties, especially in the middle east, where no income tax is imposed on income sourced within their country. In the case of an individual working, for example, in the USA and paying taxes on their USA earnings, these amounts paid to the tax authorities in the USA could be claimed as credit when filing the income tax return in South Africa. (Under Section 6quat of the income tax act)

A South African citizen working abroad leaves South Africa during January 2019 to start his employment on 1 February 2019 however; after 1 month was homesick and decided to return to South Africa. For simplicity let’s assume this South African resident was unemployed between March 2018 – January 2019 and the only income earned was an amount of $10 000 during February and $500 taxes were paid in the USA. Assume the exchange rate to be R15 – $1

In the above example, the individual would have to pay R5433 taxes to SARS on their foreign sourced income sine the individual did not qualify for the tax exemption in South Africa under Section 10 on grounds that the individual was not out of the country for the required period of time. (Please note that provisional taxes must be paid on this income)

An individual leaves South Africa to Dubai during October 2018 to work on a 5-month project and is paid 10 000 UAE Dirhams at an exchange rate of 1 UAE = R4. Again, for simplicity, let’s assume that this was the only income earned by this resident.

In the above example, the resident earned income from a source outside South Africa and no amount of taxes were withheld and paid over to the tax authorizes in Dubai since no income tax is charged on the salary in our example. The full remuneration over the 5-months would be included as income when filing the South African income tax return and no exemption would apply since the 183-day tax rule would not be fulfilled.

This section deals with exempting a resident or “deemed resident’s” foreign employment income in South-Africa once all the criteria were met up to the tax year 2020. The basic requirements are that a person must be employed (not an independent contractor) and render services outside South Africa as well as render these services for a period exceeding 183 full days and a period of more than 60 consecutive days in any 12-month period. (Excluding a taxpayer per section 9(1)(e)) Once all these requirements are met, the income within a 12-month period is exempt. (Not a tax year) 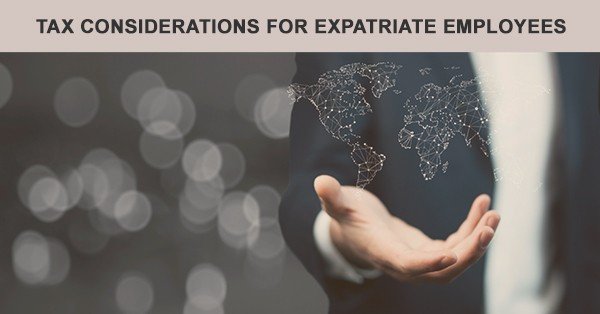 As of 1 March 2020, the first R1 million would be exempt and the balance would be included as taxable income, however; remember that credits under section 6quat may still be claimed when completing the income tax return.

An individual departs on 21 December 2018 to start a 10-month project on 1 January 2019 in Dubai with a monthly income of 10 000 UAE Dirhams. No taxes are imposed on the income by the Dubai tax authorities. The resident remains in Dubai the full period and returns after the project on 1 November 2019. On 15 November 2019, the individual starts employment with a South African company and earns R250 000 by end of February 2020. (The end of tax year 2020)

The starting point for the 12-month would be 1 January 2019 since the taxpayer starts their employment on 1 January 2019 (and not the date of departure) and the taxpayer has met the requirement of being outside of South Africa for more than 183 days and more than 60 consecutive days within the 12 month period.

Since the 12-month period overlaps the tax year the exemption would be over 2 tax periods being tax year 2019 and tax year 2020. The first periods of exemption would be January and February 2019 and the balance of the exemption (March 2019 to October 2019) would be awarded during tax year 2020 if properly presented to SARS. The balance of income, South African sourced income during 15 November to 29 February 2020) would be taxed as normal. In other words, it is a misconception that all income within a tax year is exempt when the criteria to exempt income has been met.

The taxpayer’s first and 2nd 12-month period would qualify for the exemption however; January and February 2021 would not form part of the exemption as during the 12-month period starting 1 January 2021 to 31 December 2021, the required number of days outside South Africa working with an employer in a foreign country would not have been met. If in this example the individual was unemployed for 2 or 3 months and then works with another foreign employer, Dubai or otherwise, the exemption may still apply since the requirement is to work with “any employer” and to be out of the country for the required period of time rendering service to a foreign employer.

As could be seen in the various examples, only once income exceeds R1 million during tax period there is a risk of paying taxes to SARS on the foreign income earned in another country on grounds that the taxpayer is a resident. If taxes are imposed on the income earned in the foreign country and the resident has a medical aid / retirement annuity and other income / deductions, these would be added to the return as ordinary additional income / deductions.